Understanding Indoor Condensation in Your Home

Understanding Indoor Condensation in Your Home 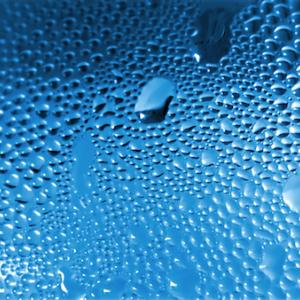 Beginning in 1972,  the Association began evaluating the thermal performance of windows and doors and developed its first voluntary standard for thermal performance specifically to measure the condensation resistance of windows and sliding glass doors. Since that time,  AAMA standards developed by FGIA have evolved to include windows and doors of various materials and types, as well as ensuring that emerging technologies are assessed.

As an association of window, door and skylight manufacturers, FGIA understands that these products enhance the beauty and comfort of your home by providing views, ventilation and daylight. To maximize the enjoyment and realization of these attributes, you should understand how condensation is formed and how it can be minimized.

Condensation is the formation of water or frost on a surface. There are several reasons that condensation forms. These include (but are not necessarily limited to) the following:

You can see examples of this in your everyday life. Humidity levels increase when you shower, cook or even breathe. Another example is a cold beverage in a warm room when you can see the water droplets form on the glass. This is condensation in its simplest form.

Dew point is the temperature at which the moisture in the air visibly forms into liquid or ice. If the surface temperature of an object falls below the dew point, water will form or “condense” on the surface of the object.

For skylights, which reside in the higher parts of the building, exposure to condensation is more likely due to the tendency of warm air (with greater capacity to hold moisture) to rise to the ceiling.

With the increased energy efficiency and air tightness of homes, more moisture can be trapped indoors than ever before. Construction activities may create higher levels of humidity for a period of time from moisture in building materials. In extreme cases, consult an HVAC professional for appropriate options, such as whole house ventilation.

The condensation in your home can be managed. As the outdoor temperature drops, lower your indoor humidity as indicated in the chart above.

Three known (but different) condensation rating systems are available – the AAMA Condensation Resistance Factor (CRF) by FGIA, the National Fenestration Rating Council (NFRC) Condensation Rating (CR) and the Canadian Standards Association (CSA) Temperature Index (I). Generally, manufacturers only obtain one of these ratings for their products. It’s important to use the same rating system when comparing products (i.e., CRF versus CRF). In all three systems, higher numbers indicate better condensation resistance. Since there are many factors that can cause or control condensation, these ratings do not intend to predict actual condensation performance in a home, but are meant as resources for relative product condensation performance comparison.